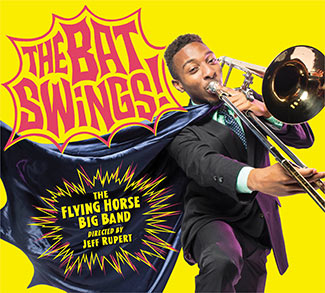 The Bat Swings! captures the cool/geek syzygy of the Batman series and revitalizes the swing of '60s superheroes.